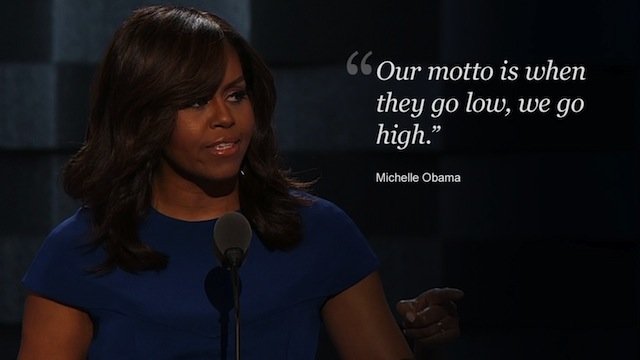 Something I have always prided myself on, especially as I advance further into adulthood, is personal growth. I believe it to be incredibly important to regularly take stock of yourself, see what you’re doing right, note what you’re doing wrong and evaluate how each of those factors fit into your life.

In doing that, I realize I’ve often made some bad choices as it relates to my personal belief systems, specifically my politics. There was one incident in particular that really sticks out as, “Yeah, Nick, you blew this one.” Let me elaborate.

In 2010, Krystal Ball was running for Congress in Virginia’s 1st District against then (and current) incumbent Rob Wittman, a Republican. Coming into the race, she knew herself to be an underdog, holding no illusions about how uphill her battle would be. But things got even worse when a series of pictures were dredged up of her and her then-boyfriend in lewd poses, wearing suggestive outfits. The internet, predictably, went into a tizzy.

I, being much less refined with my maturity — and at the time skewing far more Republican in my politics — bought into the faux outrage: “How unprofessional! How unpolitic! That’s no way for a member of Congress to act!”

The truth is, these photos probably did nothing. Rob Wittman won with 64 percent of the vote, while Ball notched 34.8 percent in a district redder than a cardinal’s feather. There likely was nothing she could have done in order to secure a victory in a district so firmly against her politics and her party.

But here we were — here I was — young, unpolished voters in the internet age, latching onto misplaced outrage just to…what? Make a point? What was it about these pictures that offended us so deeply? What was it about a silly night out for Ball and her friends which made me certain I could attack her person, her identity and her qualifications? Had it been a male candidate running for office, would I have found these pictures to be so shocking? What if they had been old pictures of Rob Wittman?

Fast forward to 2017, and the internet has only gotten more ferocious, the sanctimony only more misplaced. When controversial internet firebrand Tomi Lahren, a staunchly Republican commentator for “The Blaze,” had some old Tweets dredged up from her college days (right, cause we all were perfect in college and never got up to anything), once more everyone freaked out. So when she complained about having to go to summer school, or about getting a job at her mom’s store or had a picture of herself next to a body-painted model at a bar, I realized the internet was…being more than a little witchhunt-y.

Now wait, I’m sure you’re saying. You bashed a Democrat for essentially doing the same thing. You’re right, I did and I was wrong. I grew up. I realized how awful it is to slut-shame ANYONE, even people who say things I disagree with and find offensive. Make absolutely no mistake, I think Tomi Lahren has said VILE things about blacks, about Democrats, about, well, anything that comes into her mind. I don’t like her, and I would never want to be in the same room as her. But she is a human being, and she is entitled to be as outrageous as she wants. Even now, as a young professional woman, she is entitled to cut loose and have a wild night out. There is no fame, no notoriety, no ANYTHING that makes it okay to demean a woman for her identity.

I plead for all readers to consider the damage done by ad hominem attacks or slut-shaming. The minute we treat any woman — any human — as less deserving of equality or sense of self, purely based on politics, we fail as a community. At the end of the day, and especially with the incoming inauguration of such a dangerous ideologue entering the White House, we must remember to always take the high road, and to treat each other as equals. You can always disagree, but do not ever demean.