I could constantly post about every tweet, statement and action Trump does that offends me, but instead I’ll explain how and why Donald J. Trump representing the United States of America is triggering for one in 71 men and one in five women, including myself.

One in five women and one in 71 men will experience sexual assault at some point in their lives (one in four and one in 16 on college campuses) according to the National Sexual Violence Resource Center.

As a survivor of sexual assault myself, the election cycle and results have been extremely triggering and almost impossible to swallow. Coming to terms with the incessant news coverage of Donald Trump’s sexual assault accusations as well as the reality that this man will represent all Americans—including survivors of sexual assault—has been devastating. He and his cabinet (who don’t show much diversity of thought, but definitely show a conflict of interest) will represent and decide how we as Americans should live and interact with the world. This is how it feels (to me) to have my rights put in the hands of a sexual predator.

I have been a staunch supporter of Hillary Clinton since I can remember. My mother loved and idolized this accomplished and motivated woman and wanted to impart such traits and ambition to her two daughters, as if she wasn’t a role model herself. It made this election heartbreaking on so many levels.

I watched as Hillary Clinton became the first female nominee of a major political party and cried my eyes out (next to my mom). To live through our first black president, watch all the hope and change he brought to countless issues, and then see a woman have the possibility for the same kind of impact, I truly felt like the world was on the precipice of something revolutionary. I felt so much pride in being an American woman in that exact moment.

Donald Trump went on to win the Republican Primary, making my choice infinitely more clear. I didn’t identify with Trump’s rhetoric, I couldn’t relate to who he was appealing to. I am pro-choice, pro-immigration, pro-Obamacare and anti-”wall.”

As if his disturbing remarks regarding women, including his own daughter, weren’t enough to make me feel uncomfortable and disturbed, the problem only worsened when his “Access Hollywood” tape was released, followed by the onslaught of women coming forward about instances of sexual assault.

As the election progressed, the aggressive coverage of Trump only snowballed. I started seeing Trump’s face more than those of my family and friends. I walked into the work pantry and saw his face plastered on the TV screen. I walked home and couldn’t avoid his name bolded in every newspaper headline. I couldn’t escape him.

Trump’s “defense,” suggesting some of the women were too ugly, threatening to sue victims for speaking out, speculating whether these women were telling the truth and victim blaming, caused a flood of emotions for myself and many survivors. The devaluation of these women and their credibility was all too reminiscent of the feelings that followed my sexual assault.

I can’t bear to think too much about what it would be like to have a man who made so many women feel so belittled as the head of the American government—representative of them, their interests and their country.

The grief I, and many others, felt after this election went beyond the disappointment of supporting the losing party. Trump’s victory incited a sincere concern for my, and many of my friend’s safety. It triggered emotions I hadn’t felt since my sexual assault. In those moments after Hillary’s loss, I felt like the man who assaulted me had won; I felt like every rapist and misogynist won. I felt like the work I and countless others do to fight hook-up culture, bigotry and sexism hadn’t even made a dent because the world knew this man was a sexual predator (he even admitted to it) and he still won one of the most powerful positions in the world. 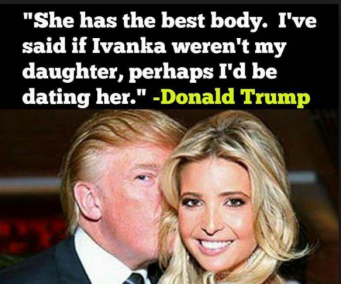 My biggest triumph after my sexual assault was not accepting my assaulter as more powerful than me. I regained the faith that I was a strong, independent and motivated woman who was stronger than the man who assaulted me. When Donald Trump was confirmed as President, all that progress felt pointless because, no matter how empowered I felt up to that point, the reality is a sexual assault predator still gets only three months in jail for rape, a sexual assault predator gets to stay at a university despite the trauma they continue to cause and a sexual assault predator can become President of the United States, a country I’m supposed to be proud to call home.

This outcome isn’t ideal, fair or morally correct, and nothing will make it that way. Nothing can erase the hateful and terrifying scare rhetoric perpetrated by the Trump campaign. But we’ve been awarded a rare opportunity to make sure nothing like this happens again. This election is a wakeup call, after eight years of a progressive and open-minded administration, to NEVER take anything for granted, especially your rights and freedoms.

I won’t ever fully come to terms with Trump as my President. But it’s inspired a new resolve to fight harder than I’ve ever fought. The reality is the majority of Americans have the same progressive mindset (about 65.9 million Americans to be exact—that’s 2.9 million more than Trump’s 63 million) and actually voted that way.

Yes, democracy has failed us. Yes, it’s triggering to have an individual who stands in the way of progressive legislation and still won’t treat “all his enemies” (aka, you know, the citizens of the nation he’s representing) with the respect and humanity they deserve. These are the moments in history when reforms and revolutions are inspired. We’ll fight for the most inclusive and tolerant outcome since democracy refused to give it to us.

One thought on “The Forgotten Victims of Trump’s Post Election”