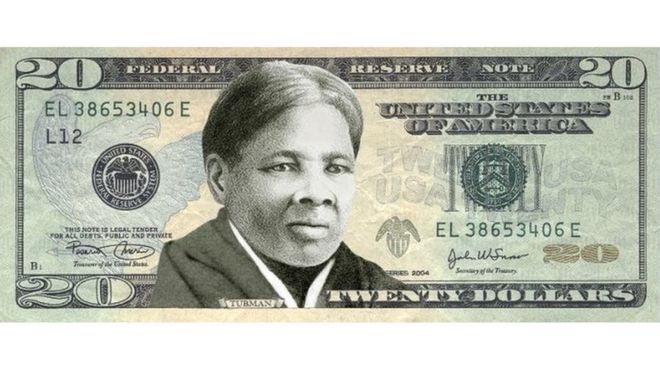 The $20 bill became invaluable to the women and minority equality movements this past week with the announcement that Harriet Tubman would be the new face on the front of the bill. The infamous abolitionist will replace President Andrew Jackson.

Though the new design won’t be in print until 2020, the addition of a female American hero on US currency has been a hot topic since the U.S. Treasury announced last year it would be putting a woman on the front of the $10 bill.

However, with the recent popularity of the Broadway musical “Hamilton,” it was decided Hamilton would be keeping his spot while Jackson would be moved to the back of the $20 to make room for Tubman.

The back of the $10 bill will also include an image from the 1913 march for women’s suffrage, while the back of the $5 will honor events at Lincoln Memorial that shaped American history, including Marian Anderson and Eleanor Roosevelt.

The campaign to include women on American currency was led largely by the organization Women on 20s. They created multiple polls to determine which female representative should be offered as an option, and presented President Obama with a petition in support of the change.

The new bills are expected to be in effect by the 100th Anniversary of the 19th Amendment, which gave women the right to vote in 1920. Well done, sister Suffragettes!