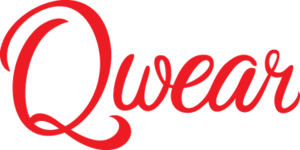 June isn’t just for poolside BBQs, extravagant summer travel and sangrias in the sand. June also marks the anniversary of  the 1969 Stonewall Riots in Manhattan, a tipping point for the Gay Liberation Movement here in the United States.

“Gay Pride Day,” originally a single celebration observed the last Sunday of June, has sparked an expansion of the holiday itself— and we now have series of events celebrating the LGBTQ community.

END_OF_DOCUMENT_TOKEN_TO_BE_REPLACED

There’s An App for That: Breaking Up Without Breaking Down 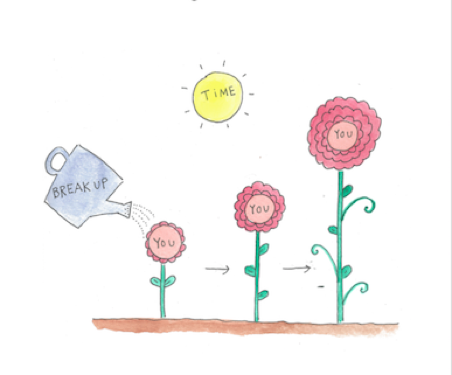 With dating often comes heartbreak, and we sometimes deal with the excruciating pain of break-ups in unhealthy ways: rebound hookups, eating tubs of ice cream while binge-watching TV, fixating on our hang-ups and convincing ourselves we are unworthy of love… the list of self-destruction goes on.

END_OF_DOCUMENT_TOKEN_TO_BE_REPLACED

Being single isn’t always easy. This week, we’re exploring the negative aspects of being single – and next week we’ll be celebrating the positive.

You send him a text message and wait for the upward-lilting ding that will lift your spirits – the proof he takes interest in your life and wants to see you again. The proof he is attracted to you and, in-turn, that you may find yourself attractive. You wait. Wait. Wait. You delete his previous messages so the last one does not hang unanswered, mocking you. You glance at the screen. A few minutes later, you look again because you’re still holding onto the hope he will respond. Even after days and weeks of silence. END_OF_DOCUMENT_TOKEN_TO_BE_REPLACED

Playlist: When the Patriarchy Has You Down

If the only song that comes to mind when thinking of “Girl Power” music is the Spice Girls (no disrespect, everyone should spice up their lives), it’s time to expand your musical perspective. Moxie has compiled a list of 10 empowering feminist songs (plus a bonus track) to encourage you to rock the best you every day. Being a strong woman is hardcore in every genre. END_OF_DOCUMENT_TOKEN_TO_BE_REPLACED

What I Have in Common with Miss Universe

During the first Presidential Debate, Hillary Clinton talked at length about Donald Trump’s misogyny and sexism, highlighting his mistreatment of 1997 Miss Universe Alicia Machado. Machado won the “Miss Universe” title while weighing about 120 pounds. She had bulimia and anorexia, and suffered from an eating disorder. Once she sought treatment, she gained some healthier eating habits, along with some weight. About 50 pounds, to be exact.

Donald Trump, who owned the Miss Universe pageant at the time, called her “Miss Piggy,” “Miss Housekeeping” (get it, since she was Latina? UGH) and an “eating machine” in the media. He gave interviews talking about her eating habits, and invited the media to watch her at the gym, where he made her work out with a personal trainer.

Reading all the news coverage and watching the viral videos, I started getting a weird, queasy feeling as I realized: Alicia Machado and I lived parallel lives. Except, you know, without the Miss Universe thing on my end.
END_OF_DOCUMENT_TOKEN_TO_BE_REPLACED

Two Moxie writers visited Luke’s Diner pop-ups across the country – and got a little taste of Stars Hollow in Washington, DC and Overland Park, Kansas.

October 5, 2000 – The date which “Gilmore Girls” made its quick-witted (and even more quick-talking) debut, sparking seven beloved seasons, millions of devoted fans and the age-old debate: Dean, Jess or Logan? END_OF_DOCUMENT_TOKEN_TO_BE_REPLACED

When I last updated you, I was one year past the tragedy that began what has turned into a series about cheating, healing and growing. I’m currently coming up on my one year anniversary with Steven, who I began dating after I discovered my ex, Brandon, was living a double life.

When Moxie Co-Founder and my editor, Lauren, came to me asking me for an update, I thought she wanted me to write about my dreams and plans with Steven, but nope. She wanted to know how I came to trust again after Brandon. This is the most difficult thing I’ve ever had to write. It’s a constant work in progress and to be honest, I didn’t have a choice – I had to trust again. I knew I’d ruin my life if I didn’t. END_OF_DOCUMENT_TOKEN_TO_BE_REPLACED

A Single’s Journey aka Starting Over is Hard as Crap

I was recently approached at a party that consisted mostly of couples and asked if my husband was here. Nope, I replied. Oh, so you must be engaged. I flashed my hand, definitely not. God, I’m so sorry, your boyfriend? Nope, I don’t have one of those either.

With three of my friends married, two with families, one engaged, another living with her boyfriend, and another in a dedicated relationship, I stand alone in the world of singles – at the age of 27 – when I seriously thought I’d be in the middle of my own happily ever after. END_OF_DOCUMENT_TOKEN_TO_BE_REPLACED

This Summer Jam is Good As Hell

Looking for something to make your day a bit better? Just do a hair toss, check your nails.


What’s your summer jam? Tell us!