Your friend just came out. What do you do now?

Aidan Kircheim is the Co-Vice President of PFLAG Long Island. He can be reached via email at Akircheim@gmail.com, and you can read his blog here: http://thetruthaboutaidan.blogspot.com/

The first lesson that I taught my parents was how to accept a child who was different. Assigned female at birth, I was expected to do certain things as I was growing up. I was expected to wear certain clothes, play with certain toys, and act a certain way. However, I was the youngest of three and wanted nothing more than to be just like my older brothers. It wasn’t until years later that I learned just how much that was true. I spent my early years as a tomboy, and slowly but surely I was overtaken with depression.

By eleven years old I was ready to take my own life and had absolutely no idea why I was so positive that this world would be better off without me in it. I was sure that if this was going to be how I felt for the rest of my life, just feeling a general sense of wrong and unfit for the planet, then I was done. I started to give away my belongings, what little I had, to friends or donating them to charity because where I was going I wouldn’t need them anymore. I have come a long way from that time in my life, and I have learned a multitude of things about myself. 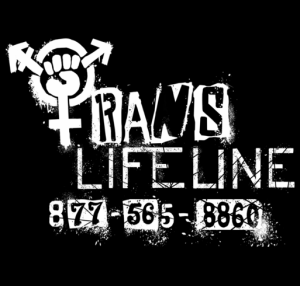 When I came out as transgender to my mother, she didn’t want to believe it or talk about it. I don’t know exactly what she was feeling in that moment, she didn’t tell me, but I can imagine that it was a mixture of confusion and anger. Maybe she didn’t know who or what she was angry at, but that didn’t seem to matter at the time. I had just graduated with my Bachelor’s in Sociology from SUNY Albany, and I was heading to Colorado in a few weeks to study Pastry Arts. We didn’t talk much while I was home, and then I was off to start my new life – as a man. 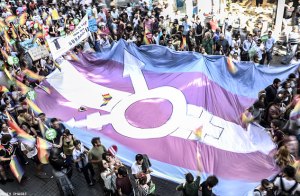 Five long years have passed since that day, and the amount that I have both accomplished and been through is more than some people experience in a lifetime. Not only have I inspired many LGBTQ+ Youth to be their true selves, I have also helped many parents and friends deal with the news that their child or loved one is part of the LGBTQ+ community. I went to PFLAG Long Island last year as a speaker for a meeting and now find myself voted in as Co-Vice President, a title that I am extremely proud of and honored to be given. I believe that one of the most important lessons to be learned when dealing with the news that someone you know is part of the LGBTQ+ community is the difference between tolerance and acceptance. There was a long period of time where my family was tolerating me and claiming that they were accepting me, and it has taken a lot of hard work for them to start seeing the difference.

Some people take time to process these things before they want to – if ever – talk about it, whereas others will start asking questions or doing research on their own right away, while others still will stay in denial and refuse to make any progress whatsoever. Just as there is grief when someone dies, there is grief when learning that someone is not who you assumed them to be for as long as you have known them. I deal with many parents that are amidst this grieving process in regards to their LGBTQ+ children. When a child is born (and sometimes even before), there is an image of what their life will be for years to come. When the child turns out to be transgender (or of another part of the LGBTQ+ community), that image is shattered, and it can take quite a bit of time for people to come around to the idea of letting go of the life that they imagined for their child. 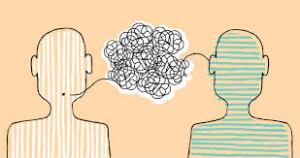 The best advice I can possibly give in this situation is cliche but true—communicate. Saying something is almost always better than saying nothing, it’s all about how it is said. Be honest and choose your words wisely.  Instead of saying “I don’t know what to say/do here”, perhaps something more constructive could be “I’m still dealing with this, but please know that I will always love you even though I’m struggling with how to move forward or understand how best to support you”. As cliché as it sounds, honesty is the best policy. I would always rather someone say “I’m not okay right now, but I’m working on it, and if I think of something that might help me I will let you know” instead of nothing, or something negative.

If communication is just not an option, do your own research. Keep in mind that searching on the internet about these topics can quickly lead to personal accounts and stories, which can be very powerful and moving. If you need to do it on a day or night when you know you’ll be alone and can let yourself get lost on the internet (but also, be careful out there), plan it 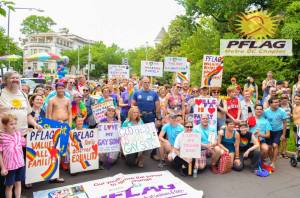 for that time. Look for local resources, perhaps a local PFLAG chapter, and go to a meeting or reach out for help. There are plenty of people out there with useful resources that they have already vetted and deemed accurate, which saves you from hours of searching and perhaps coming upon incorrect information.

Just remember that this person is still the same as they were, perhaps even a truer version of themselves now that they have been brave enough to come out to you, and allowed you to truly know a large part of who they are.