Women Who Found ‘The One’ Shed Light on Finding True Love

I have been single for my entire life except for three months of high school when I dated someone I refused to kiss (Even at 14, I had the foresight to know he wasn’t worth it). I have dated people I’ve met on dating apps and at bars, but our relationships never panned out to anything serious enough to deserve a title.

This past August, a guy approached me at a dance party and we struck up the usual conversation – about our jobs, our opinions of the city, our interests, etc. As we chatted, my mind drifted: Was I attracted to this stranger? Were we connecting? Was I supposed to know whether or not I liked him within these first few minutes?

Even beyond first encounters and on the third, fourth and fifth dates, these questions have continued to rattle my brain. Recently, I was so insecure about the extent to which I was connecting with someone I started to date I vocally compared our relationship to the banana bread we had just burnt. Not surprisingly, he did not ask me out again.

These rocky experiences have sparked me to ask the following questions:

To answer these burning questions, I interviewed ten women in their 20s and 30s who have found the one. Their stories reveal some of the keys to finding and choosing the one.

These women met their fiancé(e)s or husbands on Tinder, through colleagues or friends, at happy hours, dinner parties, in college dorms, cafeterias and dances. No matter how or where they met their long-term partners, these individuals engaged in three behaviors that helped to meet – and get to know – the ones for them.

Be Comfortable with Yourself when Single

Before finding the one, interviewees found themselves. Rather than blindly casting a net and hoping for a fish, their stories reveal that people should first take stock of what is important to them and reflect on who would be their ideal catch.

After living in her hometown of South Dakota and struggling to break into the political scene professionally, Hannah moved back to Oregon for good. She knew she was going to spend the rest of her life there—she was comfortable and recognized it as a better fit for her professionally. It was when she started launching her career and reconnecting with friends that she met her fiancé, Matt, through Tinder.

She explained the crucial link between her own contentment and the start of her relationship: “You have to love yourself and be comfortable and happy with your life as a single person before you can find the one. Being happy with your life means being capable of living in the moment, taking in life, and enjoying what is going on around you rather than focusing on something you don’t have in the moment.”

Five other women interviewed likewise stressed the importance of being content with oneself as an individual before delving into a relationship. In fact, Aiyi’nah was so comfortable with being single, she had published a book entitled “#SuccessfullySingle: Confessions of a Professional Dater” before meeting her fiancée, Eleadah.

Bonnie put it bluntly: “Stop looking for a spouse! Searching for the one is too much pressure!” Rather, she advised, “You do you – go to work, go to happy hours, join clubs and eventually you will find someone. When you stop trying to find the one, you exude a certain level of confidence that – go figure –  entices suitors.”

Jessica was wearing a lime green dress at a college formal when she first danced with her now-husband, Bryan. Crazily enough, Bryan happened to be wearing the same shade of lime green.

Are humans like peacocks, wearing bright colors to attract a mate? Not quite. However, flashing fragments of people’s true selves right off the bat does draw in people who are well-suited to them.

Aiyi’nah shared her true no-bullshit, awkward self with her now fiancée the night they met at a mutual friend’s dinner party. When Eleadah struck up conversation with her, she responded, “Don’t talk to me unless you are looking for marriage!” Rather than run in the opposite direction, Eleadah threw the same phrase back at her. In that moment, Aiyi’nah realized Eleadah could appreciate and match her own level of quirkiness.

Get to Know Each Other from a Distance

Elaine fell in love with her husband when she read his job application: “His cover letter stuck out to me because it was so genuine, and it got at the essence of the organization’s mission.” Throughout his application process, she weaved together a fantastical love story with her coworkers about her fictional relationship with the applicant.

The organization ended up hiring him and he moved to Peru to work where she eventually traveled and met him in person. Her fantasy romance materialized into a relationship. For the year when she lived in Boston and he lived in Peru, they spoke on the phone or on Skype once a week.

Elaine said, “Talking on the phone is conducive to connecting with the person on a personal level. Building a relationship outside of something that is purely physical is crucial. The relationship feels stronger, faster.”

she realized she wanted to spend the rest of her life with him. Rather than end the relationship when he travelled to China for the summer, they emailed frequently. At the end of the summer, he flew from China directly to Florida, where Jessica lived with her family.

Melissa met her husband at a political consulting firm where they both worked. Since the night he first struck up conversation with her, they spoke daily. Before going to bed, they texted each other a fact that the other did not already know about them. They texted facts as simple as their shoe sizes to more vulnerable topics like their life’s aspirations. Melissa and her husband have been married for nine years and yet she said, “I still think about those conversations.”

Rather than evaluating the other person’s traits objectively, recognize the other’s effect on you.

Anna struggles with her mental health. She feels embarrassed to share unfiltered stories with her friends that may make her appear weird. With her husband, however, she does not hesitate 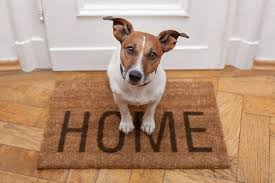 to make herself vulnerable. She confessed, “With the rest of the world, I want to smooth out the stories. With him, I feel completely comfortable to share the weird parts of myself.”

Three other interviewees expressed feeling so comfortable with their significant others they compared the one to the feeling of being at home.

You Strive to be Your Best Self

Jessica defined the one as someone “ …who inspires you to grow as a person – to read more, to exercise more, to study more or whatever the case may be. The one is the person not only with whom you want to spend the rest of your life with, but who makes you better.” Jessica and her husband have encouraged each other to run marathons and ironmans, which they completed together.

Melissa’s definition of the one hinges on how her husband Mark affects her. She said, “The one is not necessarily someone who completes you, but who brings out the best qualities of you. They make you want to improve your shortcomings.” Since Melissa and Mark shared their life goals with one another during their nightly conversations, they now hold each other accountable to those goals after nine years of marriage.

Anna dished out this flavorful metaphor on the topic: “By yourself, you are an ice cream sundae. With your person, you become an ice cream sundae with whipped cream.” The right significant other makes a person become a more exquisite version of their already stellar self.

Whereas Jessica’s husband is more reflective, she is more talkative; since he is less of a planner, she manages their social calendar. Anna described herself as a “short-fuse person” and her husband as a “long-fuse person.”

Katie said, “Whereas I am prone to saying ‘the world is ending,’ he takes things in stride and talks me off the ledge.”

Knowing the traits that will help balance you means knowing yourself. Bonnie explained, “You have to engage in a certain level of self-reflection to know what characteristics in partners work for you.”

Each women had the epiphany that her significant other was the one for her. Their answers showed that they realized that they had found the one in three situations:

Anna said she and her now-husband caught a stomach flu going around their college campus. When she got sick in both directions in his dorm room and ended up soiling an article of

clothing, he told her it was no big deal, threw the clothing away and handed her a plastic bag. She knew she found the one – “Now THAT’S a certain level of comfort.”

Katie, who met her husband in college, also said she knew she found the one when he took a day off to take care of her leg injury. He walked ten minutes to the CVS and bought her a cane and brace, never leaving her side the whole day and bringing her to urgent care. He also helped her through the recovery process, making her breakfast and helping out where he could.

2. When Sacrifices are Made

Aiyi’nah knew her girlfriend, now fiancée, was the one when her she quit her job to help Aiyi’nah run her non-profit, The Future Foundation.

Lauren said her now-husband knew she was the one for him when she used her credit card to pay for an entire semester of his higher education — while she was in college. Lauren said, “I didn’t think twice about it. It was a couple months of rough payments, but it was no question.”

Katie knew she wanted to spend the rest of her life with her then-boyfriend, Chris, when she visited him at his family’s summer house. At the beach, she saw little kids climbing all over him, laughing and playing. Since she loves children, the moment reassured her Chris was the one for her.

Elaine realized Bobby was the one for her when he made a consistent effort to connect with her friends. Since friendships are a personal priority to her, it meant a lot that he took an interest in getting to know them.

Advice to All the Single Ladies

What should we take away? Finding the one depends on knowing and valuing yourself as well as being patient.

Finding the one means knowing yourself, sharing your genuine self and recognizing what you would like from a partnership.

Recognizing the one comes down to figuring out how YOU feel with that person. If you feel comfortable and balanced, but also inspired to grow, you’re with the right person.
You have found the one when… you make sacrifices for each other and embody each other’s values.