Fitness Fempire Encourages Women to ‘Kick It’ Together 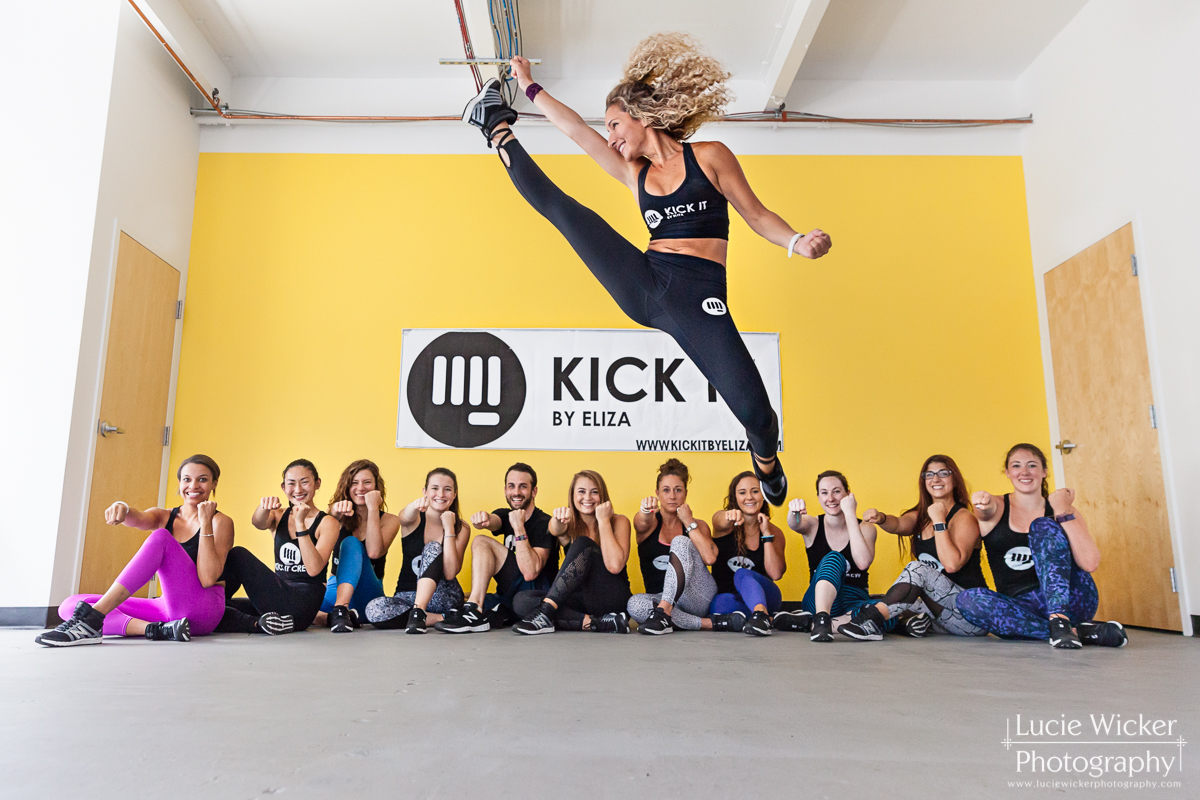 Group fitness often lacks actual group work – people tend to come alone, workout alone and leave alone regardless of being surround by 20 other people. But what if group fitness was about encouraging you to step out of your personal comfort zone in addition to your fitness comfort zone?

That powerful type of environment is exactly what Eliza Shirazi is creating with Kick It by Eliza. This dynamic fitness class, developed in Shirazi’s college dorm room, provides a killer fun workout while connecting people of all ages and fitness levels through unique partner rounds. 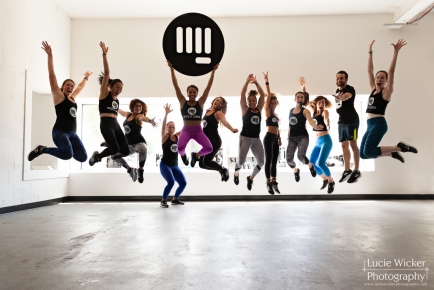 This Fempire state of mind, as Shirazi calls it, is the true strength behind her Kick It program. Kickboxing to music is really fun, but it’s all a mask for the real internal work the class encourages, she said.

“A lot of fitness instructors  talk about female empowerment, but I rarely see it in an actual class,” Shirazi said. “It’s rare to see women being forced to connect with each other and I think it’s something that needs to evolve in fitness.”

Shirazi began developing Kick It her freshmen year of college, offering it as an extracurricular class at the campus gym. By the time she graduated in 2013, Shirazi had refined the workout choreography into 13 rounds involving leg and arm work, cardio, toning and conditioning, partner workouts and a meditative cool down.

It was at one of these campus classes that Emily Crocker, now a Kick It instructor, met Shirazi and knew she wanted to be part of the empowering program.

“It made me feel strong beyond the ‘I just worked out’ kind of strong,” Crocker said. “I left the class feeling like I could take on the world. Now, as an instructor, it empowers me because I’m able to return the favor and empower other women. The whole class works together as one big #Fempire, and it’s addicting.”

Crocker was one of the first people Shirazi recruited after starting the Kick It certification program in 2016. It was three long years after graduating, moving to Boston and teaching wherever she could find a space that Kick It finally had a following large enough to warrant expansion.

“In the beginning, the biggest obstacle was having people see the value in Kick It that I saw in
it,” Shirazi said. “For me it was about gaining the confidence that what i have is really valuable and I’m going to teach it and people are going to like it and I just have to believe it.” 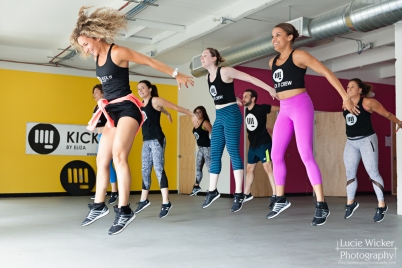 along with a sponsorship and clothing line from New Balance. In 2015, Kick It also earned the BostInno’s 50 on Fire Award, which is where Lily Timlin, also now a Kick It instructor, originally heard of the program.

After Timlin read the article and saw the positive energy coming out of Shirazi’s Kick It instagram account, Timlin knew she wanted to be part of the “Kick It Crew” and went to her first class.

“Eliza honestly makes you forget about anything external and provides the ‘kick it crew’ with so much energy you leave the class knowing you are a powerful, badass rock star,” Timlin said. “You come to realize you really are much stronger than you initially believe…and you can sink a little lower in your squat.”

With more than 50 instructors sharing the Kick It mission of empowerment across Boston, Shirazi has set her sights on New York and Philadelphia over the next year, and hopes to eventually host a certification course in every major U.S. city.

“When i first started teaching, it was just for fun and then I realized there was something special about what i was doing,” Shirazi said. “I’ve heard so many stories about how Kick It has changed someone’s life, and I want to bring that energy to every woman I can.”