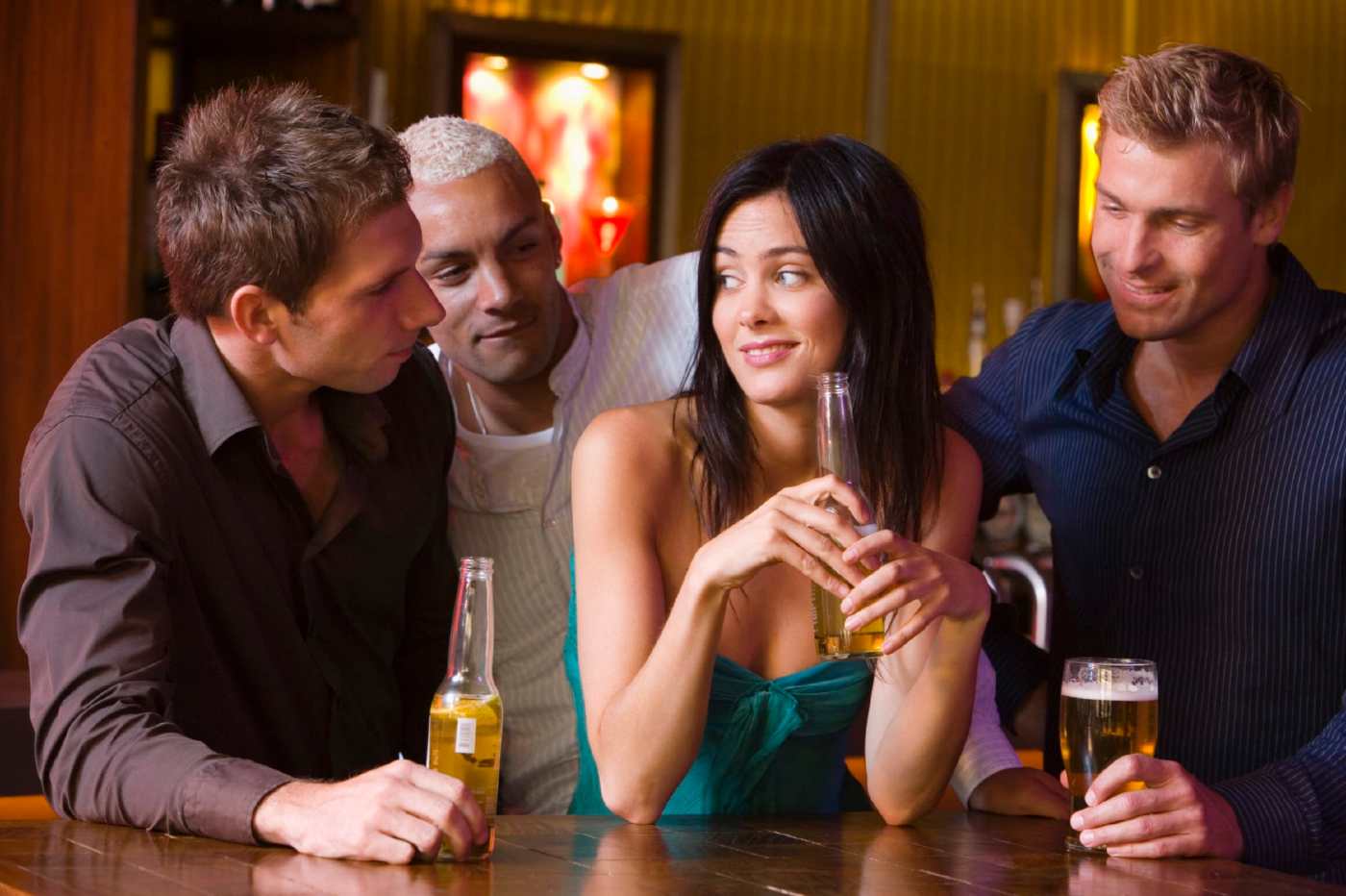 Sporting a black tank top and jeans, college student Marissa Samilow heads out for a night at the bars with her friends. Like most college-town bars, the sticky floors and loud music set the scene for a typical night out.

“I wouldn’t say I come out to the bars to find a guy,” said Samilow, who said going out is her way of unwinding after a long week. “I like getting dressed up and having a fun time with my girlfriends.”

For the 21+ crowd like Samilow, the bar scene is a prime spot for socialization on the weekends between dancing (sometimes horribly) to the top 50, hanging out with friends or hoping to meet somebody new.

“I usually always meet new people when we go out to the bars,” said Zach Brooks, who was enjoying a night out with friends. “It doesn’t hurt to just go up to someone and say what’s up. They either want to talk or they don’t.”

But according to a recent study, 66 percent of men who approach a woman during a night on the town know their advances aren’t welcome. Apparently, men are able to catch the hint only one-third of the time.

“If a girl doesn’t want to talk to me I usually get the hint pretty fast and just walk away,” said Annapolis native Ryan Twomey. “I don’t want to be talking to someone that isn’t interested in me.”

But Twomey is in the minority as researchers from the University of Toronto say the majority of men do not pick up on the hints uninterested women drop in unwelcome “hey baby” situations.

Samilow said she has had a number of such experiences: “I’ve definitely had to tell a guy to leave me or a friend alone before. You don’t want to make a scene, but some guys just don’t get the hint right away.”

Though some guys may hesitate to defend a girl in such a situation, Brooks said he’d have no problem telling someone to leave a girl alone, whether he knew her or not. Guys can get more aggressive when they drink, and violence is a possibility, he added.

So what’s a girl to do when she isn’t promised the protection of a man? Come prepared.

“When I go out I make sure I have my phone, and sometimes I’ll even take pepper-spray with me depending on the bar we go to,” said Alyssa Colatrella a regular bar-goer. “We all stick together and it makes me feel safer, especially when we have to catch an Uber or a cab.”

Just as important as taking those safety precautions, however, is taking a moment to remind yourself that you are a strong, intelligent woman who also has the power to stand up for herself. If you don’t want someone’s attention, say so and make it clear, Samilow said.

“There have been nights when I felt really uncomfortable, but I’ve learned sticking up for myself is the only thing I can do,” Samilow said. “I’m not going to let these rude men walk around the bars acting like they have the power to ruin my night because they don’t.”