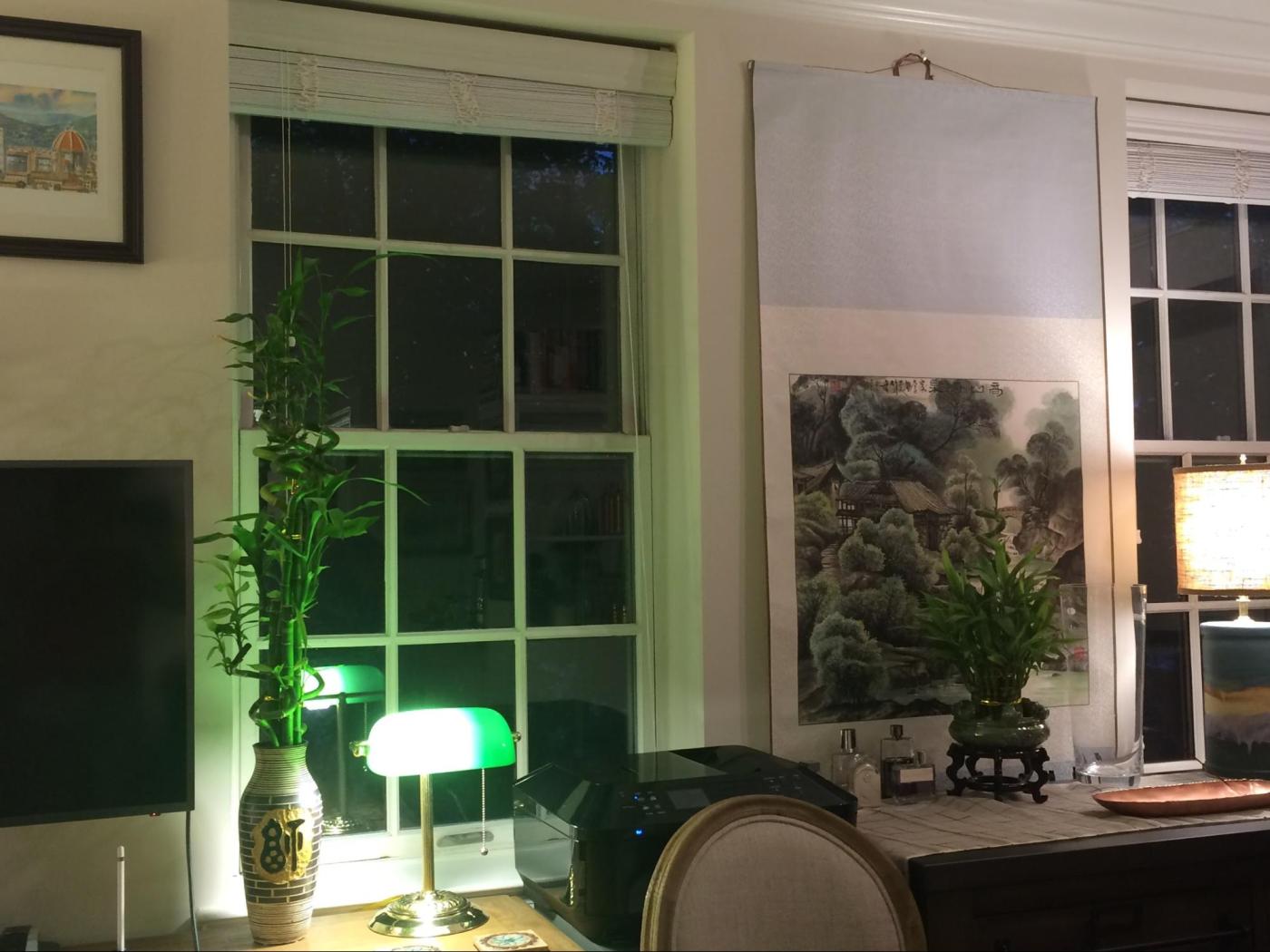 Whereas most of my friends’ apartments could have been clipped from the catalogues of Target and Ikea, my friend Dominic’s abode evokes that of a 19th-century gentleman in his golden years.

The apartment’s sophisticated aesthetic blew me away to the extent that I forgot I was in the bachelor pad of a 20-something-year-old…at the center of Washington, D.C.during the country’s  most charged political period in four years. When I stepped into his apartment, I stepped out of the metropolis’ mania.

So, how –  exactly – did Dom make his apartment feel like an escape from reality?

A week after my first visit, I returned to his apartment to find out. The second visit demystified – but in no way diminished – its charm. 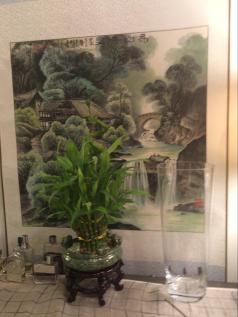 Although his apartment stands a mere stone’s throw from Dupont Circle, a hot spring of nightlife, it remains in touch with nature. Like curling tendrils, flecks of Hunter Green crop up in the otherwise beige and white apartment in the forms of photo frame matting, plastic pantry bins and oven mitts;  evoking nature’s calming presence.

Not only does the apartment allude to nature, it harvests it. A bamboo plant stands in front of a watercolor painting from Chongqing, China that depicts a cottage encased in lush, protective trees beside a gently rushing creek.

The bamboo aligns with the verdure in front of the cottage, creating the illusion that the world of the painting has inhaled a whiff of life.

The apartment offers visitors snapshots of China and other foreign countries where Dom has traveled such as England.

Not only does the apartment’s visual design offer visitors an escape from the city stress, its aromatic and auditory atmospheres do as well. Vanilla incense in the bathroom and on the desk carries visitors to Buddhist temples in China while the stereo  playing John Denver’s “Country Home” takes them to the rolling hills of West Virginia and the many books transport them to fictional and historic worlds.

By aligning itself with nature, foreign countries, history, and fantasy, the apartment carries its visitors into novel corners of the universe and away from the worries of their own realities.

If you’re looking to make your apartment feel like a retreat from the insanity of everyday life, take a hint from Dominic: scatter splotches of green, hang photos or artwork that remind you of your favorite places in the world, and think beyond the Ikea couch.