Best Equality Moments from the Emmys 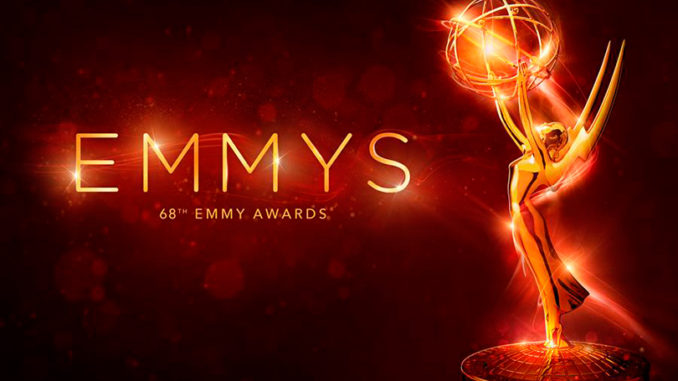 This was the most diverse Emmys yet! There was at least one person of color nominated in every major leading acting category, and a number of calls to action involving female equality. Of course, there’s still lots of work to do to see everyone adequately represented on TV, but this year’s nominees put the Golden Globes and Oscars to shame, which didn’t have a single person of color nominated for a major award.

Alan Yang, writer/creator of “Master of None,” said in his acceptance speech, “We have a long way to go [for equal representation of Asian-American actors]. But I know we can get there. I believe in us.”

Jill Soloway called on us to “topple the patriarchy” as she accepted her award for “Transparent.” YAS YAS YAS YAS!

Jeffrey Tambor demanded an end to having cisgender people play transgender characters: “I would very much like to be the last cisgender male playing a transgender female,” said Tambor, who won an award for his incredible role on “Transparent.” “I think we are there now.” 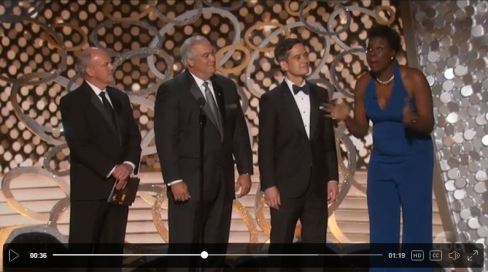 Leslie Jones asked the Emmy Accountants to do something useful and protect her Twitter account. Jones, who was the victim of racist and sexist harassment and whose website and personal information was hacked this summer, called attention to the relentless harassment women face online: “Y’all gonna be here using your skills to protect best voiceover in a french sitcom, meanwhile I’m butt naked on CNN!”

Jessie Graff broke the mold of red carpet poses. Graff, professional stuntwoman and the most successful contestant on “American Ninja Warrior” ever, posed like a boss on the red carpet – choosing to show off her physical power and incredible kicking skills. Now THAT’S award-winning!

What moments were your favorite from the Emmys? What did we miss on our feminist roundup?