The Secret Brains Behind NASA 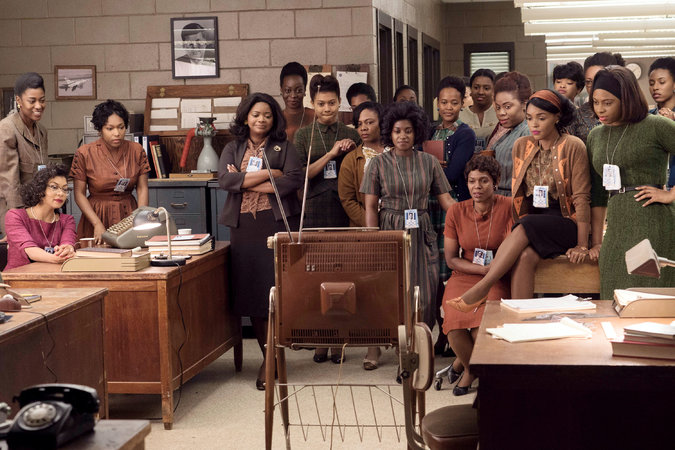 Buzz Aldrin, Neil Armstrong, Carl Sagan. These are the names that first come to mind when you think of NASA history – but you would be overlooking key figures who helped make NASA what it is today. The upcoming film “Hidden Figures” shares the untold story of three African-American women who made the first moon landing possible.

“Hidden Figures,” produced by Pharrell Williams, hits theaters in January. This film not only challenges historical thought on gender, race and professional norms, but also tests Hollywood on the diversity its movies include today.

“This is a female-driven movie about contributions that women really made, to our world, not just our society,” added Octavia Spencer, who plays Dorothy Vaughn. “That’s a big statement.”

Learn more about the real lives of the amazing “Hidden Figures” women:

Katherine Johnson (Taraji P. Henson) joined NASA during World War II, where she became a critical part of the Apollo Moon landing and space shuttle programs, even personally asked by John Glenn to recheck the calculations before his flight on Friendship 7. She later went on to win the Presidential Medal of Freedom.

Dorothy Vaughn (Octavia Spencer) worked for the West Area Computing unit, an all black group of females. In 1949, Vaughn was promoted to lead her group, which included Katherine Johnson and Mary Jackson, making her NASA’s first African-American female supervisor. She continued on to compile algebraic method handbooks for calculating machines.

Mary Jackson, (Janelle Monáe), after years of working as a  “computer,” realized women weren’t professionally advancing as much as they should be at NASA. She paved the way for women and minorities to change their job titles from “mathematician” to “engineer,” a title typically reserved for white men.