I’m With Her, and I’m Not Apologizing For It 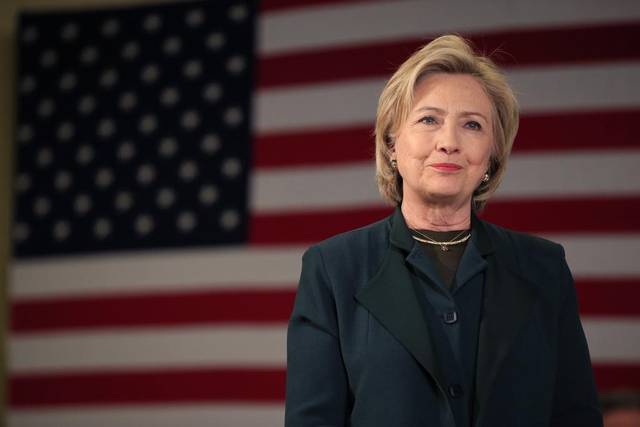 Hi. I’m a millennial, and I’m a supporter of Hillary Clinton.

Wait, no, let me rephrase. I’m not just a supporter. I’m an ardent supporter. No, wait. I unequivocally believe she will be one of the best Presidents in U.S. history. And I’m DONE apologizing for it.

Hillary Clinton is accomplished. She has a long career in advocating for women, children and families, equal rights and fighting for universal health care as First Lady of the United States. She was a Senator from New York state. She was Secretary of State. And now, she’s the Democratic nominee for President.

Hillary Clinton is SMART. She is a wonk in the truest sense of the word. Hillary cares about big ideas, sure, but she cares more about how we’re going to work the system to get there.

Hillary Clinton is a social justice and equal rights advocate. She has worked tirelessly for the rights of women and girls, incorporating them into the deals she made as Secretary of State with other countries (which was even discussed in an episode of the most recent podcast season of “Serial”). She has fought for communities of color and a fairer system her whole life, and worked within the system we have to get whatever reforms she can.

Hillary understands compromise is often a crucial first step to justice. Rome wasn’t built in a day, and neither was the United States. Hillary will stand up for what she believes in, but also find common ground with those who oppose her to help pave the way for more, even better and bigger reforms in the future. She has the respect of many Democrats and Republicans. She can reach across the aisle and GET SHIT DONE.

Hillary cares about people. Her tone on stage can often feel a little awkward, but that’s because she prefers to meet you face-to-face, to talk to you about what problems you face and how she can help fix them.

But for the past six months, I’ve stayed fairly quiet. I discussed it with my friends, my family – but I didn’t talk to too many people. I didn’t speak out too much. The hateful vitriol against Hillary was tiring. I didn’t want to face it down alone.

Whenever I did make a peep about my support of Hillary Clinton outside my trusted circle of closest friends, I was attacked. The Bernie Bro – and Trump Bro – phenomenon is real, and it’s strong. It is toxic, and it is mean. It isn’t acceptable.

Once, I commented with frustration on a video that painted Hillary unfairly  using some “facts” on her record and I immediately got called “a f***cking idiot” who “doesn’t know the truth” (actually, I researched both Hillary and Bernie’s record in detail before making my decision about who to support, thanks).

But I’m done. I’m done apologizing, I’m done hiding, I’m done being a silent majority. This election season, I am going to be loud and proud. I refuse to let Donald Trump and his dangerous misogyny, racism and demagoguery into the White House.