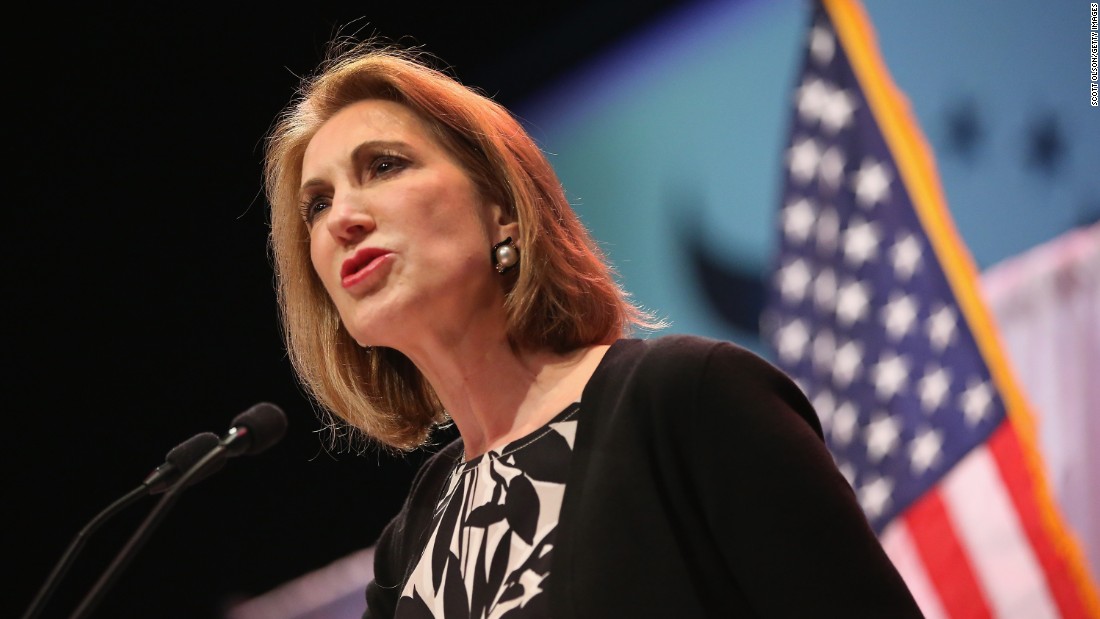 Republican Carly Fiorina is no longer running for president after a depressing finish in New Hampshire.

Fiorina came in seventh place during the February 9 primary, garnering only 4 percent of the vote. Despite the disappointment, she plans to continue traveling the world and giving voice to those who “refuse to settle for the way things are,” just not as a presidential candidate.

“I’ve said throughout this campaign that I will not sit down and be quiet,” Fiorina said in a statement. “I’m not going to start now.”

Abortion – She thought Roe V. Wade should be overturned and that abortions should be banned after 20 weeks of pregnancy.

Paid Leave – She was against making maternity leave mandatory.

Taxes – As in lowering them, though she proposed no concrete plan as to how.

Though Moxie’s values don’t quite line-up with Fiorina’s and she has certainly suffered from foot-in-mouth syndrome, she did leave women of the U.S. with some food for thought:

“To young girls and women across the country, I say: do not let others define you. Do not listen to anyone who says you have to vote a certain way or for a certain candidate because you’re a woman. That is not feminism. Feminism doesn’t shut down conversations or threaten women. It is not about ideology. It is not a weapon to wield against your political opponent. A feminist is a woman who lives the life she chooses and uses all her God-given gifts. And always remember that a leader is not born, but made. Choose leadership.”