Too Many Balls at the Golden Globes 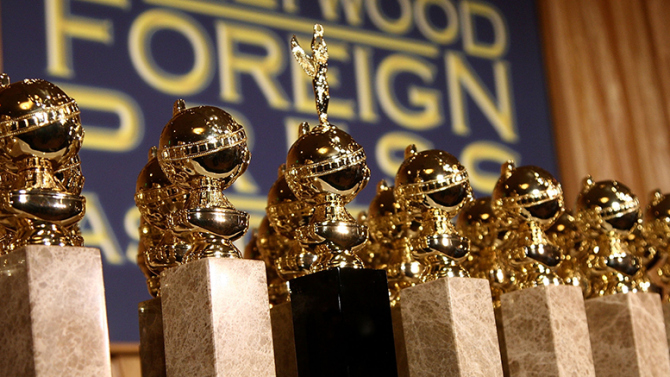 It’s 2016 and there was not one female film director nominated in the Best Director Motion Picture category for last night’s Golden Globes. Marinate on that for a minute.

Clearly the issue is not a lack of female directors; it’s that the category is consistently filled with the same, old white guys (Woody Allen, Steven Spielberg, Clint Eastwood, Martin Scorsese, Tim Burton, Quentin Tarantino). Obviously, exceptional work should be recognized, but not when it sends a message that female-directed films are so mediocre they should be ignored and passed over for award nominations.

Should a woman be nominated for best director just because she’s a woman? No, of course not. But this is indicative of a larger, industry-wide problem. Last year, only one woman was nominated for a Golden Globe, as well as in 2013 and 2010.

The last time a woman was nominated in the best director category was at the 2004 Golden Globes, before that it was 1992. Want to know how many women of color have ever been nominated? One, in 2015.

Those are some sobering and frustrating numbers.

A search of the internet on the best films directed by women yields article after article chastising organizations, such as the Hollywood Foreign Press Association, for being sexist and ignoring the work of female directors.

There are scores of angry movie watchers online that live tweet award shows to point out the frequent sexist (and racist) remarks. One such group, The Representation Project, uses the hashtag #NotBuyingIt on Twitter to draw attention to sexist and racist ads in Hollywood.

In 2014, Imran Siddiquee, of the Representation Project, tweeted why diversity in entertainment matters. It took only 140 characters:

A nom at the #GoldenGlobes increases the chances that similar movies/filmmakers will get funded. So lack of diversity matters. #NotBuyingIt

The actresses themselves have also taken to challenging reporters on the red carpet about asking more substantial questions instead of focusing on their outfits, promoting the #AskHerMore hashtag to call out the blatant sexism on display at red carpet events.

These consistent snubs toward women’s directorial accomplishments have impacted their recognition as legends and icons in the industry as well. The Cecil B. DeMille Award for lifetime achievement has been given to a woman twice since 2000. This year, Denzel Washington received the award.

If women overall are being poorly represented at the Golden Globes, recognition for women of color may as well not exist. The last time a woman of color was nominated in the category Best Performance by an Actress in a Motion Picture Drama was in 2012, when Viola Davis was nominated for “The Help.” Since 1990, only five other women of color – Halle Berry in 2011 and 2002; Gabourey Sidibe in 2010; Penelope Cruz in 2007; Ziyi Zhang in 2006; and Selma Hayek in 2003 – have been nominated in the category. None of these women won.

Dear media, This Golden Globes weekend, don't forget to #askhermore. (That's not a one-time hashtag, it's forever.) Thanks! everyone

Let’s take to Twitter and tell Hollywood to #AskHerMore, and when it comes to sexism and racism, we’re #NotBuyingIt! Here’s hoping the 2017 Golden Globe nominations are a little more diverse.

3 thoughts on “Too Many Balls at the Golden Globes”