Sexual Fluidity and the Authentic Self

Before Hollywood and social media recently took on “sexual fluidity,” it was a little known term. But now the talking heads have started pouncing us with questions: “Sexual Fluidity? That’s a thing?” or “Oh great, another PCTerm.”

You know the feeling when everyone all of sudden likes a band you loved before they were even on the radio? I have felt that way many a time in application to sexual identity (Insert hipster joke here, if you must).

The “otherness” that is sexual fluidity is now visible to many who still abide by one-note hetero-normative expectations.

Powers that be forbid! To think or imagine that there are sexual aspects of humanity other than just being straight! Then, on top of it, there are are many things that have not been named or normalized by society yet! 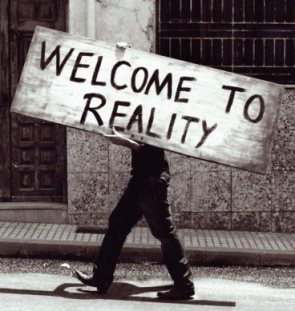 To them, I say: We will never know everything. Deal with it. It’s constant change.

Words and definitions can create symposiums of discussion and empowerment, but they can also limit us. Validation provides individuals a badge, a word and cultural term that encourages various declarations of pride.

Where does that leave those who do not fit into the constructed choices? The answer before “sexual fluidity” tried its hand at mainstreaming? They don’t fit in and they will be judged for it.

Critical commentary and demands of sexual fluidity doesn’t just come from close-minded hetero-normative people, but also from bisexuals, lesbians and trans people. I am not sure, maybe those specific individuals forget they were once the “other.”

The exclusion is lonely and socially daunting, adding salt to the wound when individuals who found a home in already existing terms don’t show any tolerance for an expansion of acceptance.

For me, I went the self preservation route. I decided long before “sexual fluidity” mainstreamed that I was going to embrace ambiguity like a religion – my way of countering the intolerance for the unknown and ever changing.

To embrace sexual fluidity in others or yourself requires that you acknowledge there is no objective normal. Things change. There will never be a conclusive final blueprint for the human experience, let alone sex!

These various components to sex and relationships are not uniform for everyone. Sexual fluidity creates a space where various aspects of the sexual spectrum can be combined. You are allowed to mix-and-match preferences in order to explore what makes you a happy, healthy creature.

Sexual fluidity is like an umbrella term for the ever-changing sexual unknown. You are just you and that is adequate. There is LGBT and all other grey ambiguous areas in between. It exists! it is a thing!

Love can not be limited to a finite set of words. Connection through friendship, sex, romance or just a meeting of the minds should not be limited by terms to prove validity. It is personal bliss when I create connections without expectations from the world to validate it. Connection is not a finite singular thing, it is limitless.

Curiosity is acceptable. What is not acceptable? Diminishing another person’s struggle to relate because it has yet to be coined and validated by the underground taboo or the mainstream masses. “Constant change” applies to most of the facets of who I am. I believe limiting choice and freedom based on institutional, political or religious frameworks is wrong.

No polarity, no dichotomy of right versus wrong or comparison to normative expectation will change a person’s authentic self.

Room needs to be made for this exploration and growth. This grey area of unknown should be okay! And the only thing that should identify me is my intolerance for intolerance.